Would you consider yourself a disciplined person? Is it an important attribute in the life of a Christian? Join us for this episode as Pastor Strobel breaks down the elements of self discipline as it pertains to living the Ch... 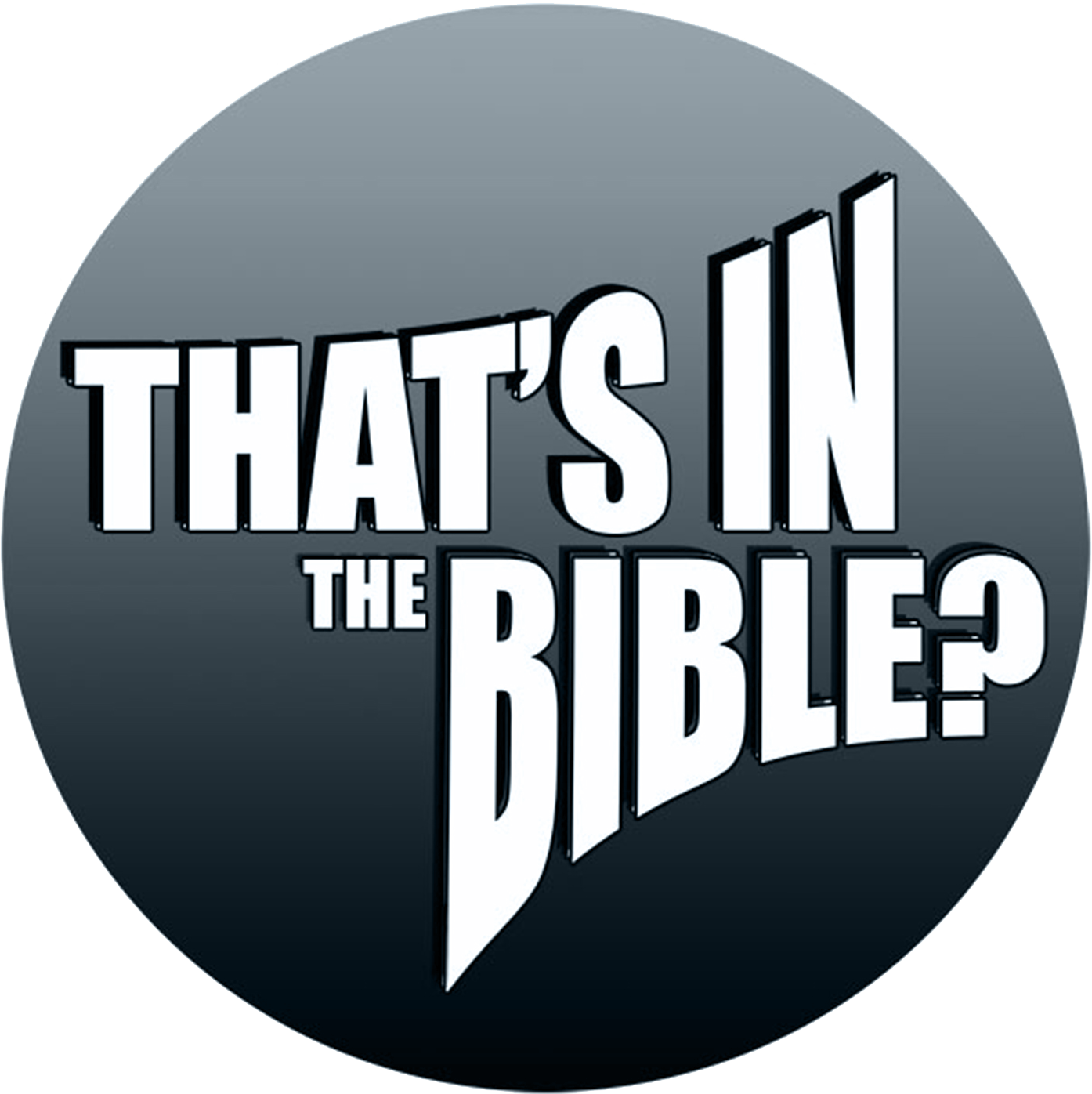 Would you consider yourself a disciplined person? Is it an important attribute in the life of a Christian? Join us for this episode as Pastor Strobel breaks down the elements of self discipline as it pertains to living the Ch...

Dispensationalism - How God Deals With Mankind

Does God deal with everyone the same way? Are you curious why God does not appear to us as He did to others in the Bible? The disciples and others raised the dead and healed people, why isn't that happening today? How come pe...

What is "The Ultimate Conspiracy"? Is it the destruction of the twin towers in New York City on 9/11? Is it the death of Elvis Presley, or Princess Diana, or perhaps it's who was behind the assassination of Abraham Lincoln or...

13 Minutes Over The Vatican

A small rented Cessna airplane 65 miles north of Rome Italy takes off for the Vatican. It is the day before Easter Sunday and evangelist Bill Eubanks and his wife Janet intend to drop over 400 pounds of gospel tracts on the b...

13 Minutes Over The Vatican - Trailer

Is the Church of Jesus Christ of Latter-Day Saints, also known as the Mormon religion, true to the Bible? Don't Mormons have other books they follow that they believe are more important than the Bible? Is it true that Mormon...

Be the first to know about special happenings at That's In The Bible?

Email has been submitted. 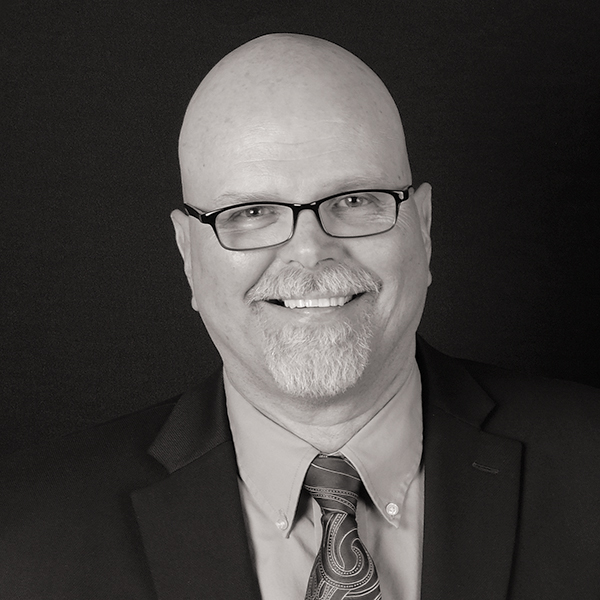 From nineteen to twenty-two years of age I spent three years in the U.S. Army (1974-1977) as a Military Policeman, responding to domestic disputes, traffic accidents (some fatal), rape, fights, drug busts, vehicle infractions and more. I quickly realized that the world, (while beautiful in nature) was often a dangerous and evil place.

After my military service, the Lord put it upon my heart that there had to be more to life than working, eating, sleeping (rinse/repeat). I began to seek the Lord and started attending churches in the area, where the Lord led me to First Bible Baptist Church in Lockport, New York. There for the first time I heard the word of God preached. It was eye opening and the preaching from the Bible fed my hungry soul. Shortly thereafter in 1984 I received the Lord as my personal saviour. I began to study the Bible and received an Associate of Divinity (A.Div) from Charity Baptist Bible Institute in Kettering, Ohio. What a blessing the Bible is, an inexhaustible source of guidance and inspiration.

I earned a Masters Degree in Counselor education, and also certification in Choice Theory and Reality Therapy from the William Glasser Institute for Choice Theory. I am now a retired school counselor, living with my wife in New York state, doing my best to serve the Lord, this podcast being one attempt. 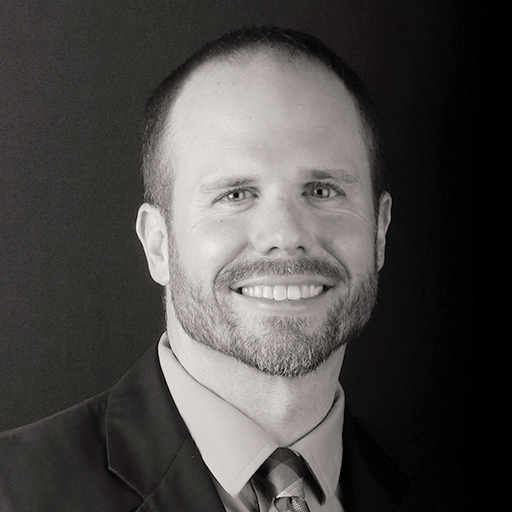 I lived for the first 23 years of my life thinking I was saved and on my way to Heaven. But one day I started reading the King James Bible at a bookstore, and it was as if the Lord told me that I needed to buy it. So I did, and that night and into the next day I read the book of Genesis and the book of John. I soon realized that I had never been born again as Jesus Christ tells us that we must be to enter into the Kingdom of God (John 3:3-7). So on May of 2005 I bowed my head and repented of my sins and asked the Lord to save my sinful soul from hell, and He did!

I married my beautiful wife Jennifer on June 18th, 2011, and the Lord called us to be Missionaries to the Native Eskimos in the North Slope of Arctic Alaska. We have been ministering in the village of Point Hope since January of 2016. The Lord has already allowed us to be part of many victories here including many souls receiving Christ as their Saviour!

The Lord has also blessed us with two amazing children; our first child, Jacob, who was born on September 5th, 2017 as well as our beautiful daughter who was born on August 26th 2020. They are both miracles of God and are a ray of sunshine in this dark land! The Lord has been so good to us, and we are humbled and honored that He allows us to serve Him!

I was born and raised in Indiana, with solid Midwestern values. I attended church regularly and was taught to keep the Commandments and the Golden Rule. In 1975, I joined the Navy, and lived a sailor’s life. Wally, Gene and Al endured my abuse while witnessing to me for nearly a year. As a result of their witness, I trusted Jesus Christ as my Savior on December 29, 1976, at Trinity Baptist Church in Jacksonville, Florida, realizing that none of my good works could ever earn God’s favor.

After finishing my naval obligation, I attended Pensacola Bible Institute, graduating with a Bachelor of Divinity degree in 1980. A short time later we moved to Western New York where my wife children and I have served the Lord.

Presently I am pastoring a small Baptist church in Buffalo, New York, where I am actively preaching and teaching the word. Other ministries include going door to door, street preaching, mission and prison ministries, home bible study, personal discipleship and music ministry. I am thankful for the Lord’s kindness, grace, mercy and blessings.

Many years ago Eric and I had talked about (half joking) of having our own Christian radio program. That idea slipped away as time and distance drifted us apart. A few years ago Eric called me, and was all excited about starting a podcast. I had never heard of such a thing. He went on and on about it, and finally convinced me to join he and Matt. The rest is history, I suppose this podcast is fulfillment of a conversation many years ago. 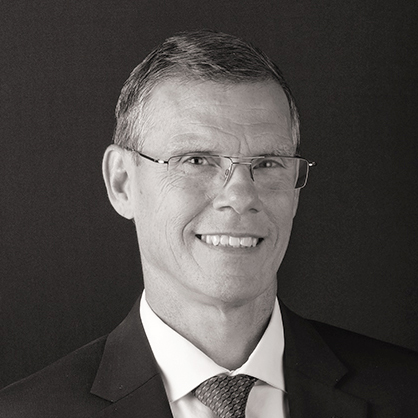 Pastor Strobel grew up in the Roman Catholic Church in the state of Illinois. He attended eight years of Catholic Grade School, along with two years of Catholic High School, before finishing high school in a public school. This upbringing gave him a moral awareness, and an awareness of heaven & hell. At the age of 18, under great conviction for sin, and disillusioned with this world, his primary goal became making sure he was going to go to heaven when he died.

He made an appointment to speak with his priest and told the priest, "I just want to know I'm going to heaven, how can you know you are going to heaven?" His priest replied that no one really knows for sure. Trying to figure things out on his own he thought, "If I give my whole life to God, then surely I will go to heaven." The only way he knew how to do that was to become a priest. After much contemplation and soul searching, he decided if that's what it took, that's what he was going to do. His priest connected him with a high school seminary, and with the boys there, he visited two college seminaries. At those seminaries he saw that the priests and the students had nothing different than the partying, and rock & roll that he was trying to escape and overcome.

Previously a high school friend of his had told him that he had gotten saved and that he should talk to his pastor. To this point, Pastor Strobel had blown off the invitation because he believed that he was in the one true church. After he found no help from his priest and the seminaries, he finally decided to call his friend and make an appointment with the pastor. On Friday night, April 25, 1980, he attended a youth meeting where he and his friend were the oldest young people there. But what he was really waiting for was to talk to the pastor. As soon as the study was over he approached the pastor and they sat down to talk. Pastor Michael Todd presented the clear-cut plan of salvation from the Bible. Unlike the priest he met with before, Pastor Todd answered his questions, and showed him the answers in the Bible. After having his questions answered and understanding what the Bible said about how to be saved, he bowed his head and believed on the Lord Jesus Christ for the salvation of his soul, receiving God's free gift of eternal life.

Having already wrestled with giving God his whole life, Pastor Strobel soon took steps to prepare for the ministry. A few months after getting saved, he attended a year of Bible School at Fellowship Baptist College in East Peoria, IL. The following year he spent a year studying at Hyles-Anderson College in Crown Point, IN. After school was over that year, he went to work at the Roloff Homes in Corpus Christi, TX. He wound up staying there for eight months working at the Anchor Home for Boys. After this he would go to help a friend of his try to start a church in Billings, MT.

While there, after a period of fasting, just seeking to get close to the Lord, the Lord impressed him to go and finish school at the Pensacola Bible Institute in FL. He took a three day Greyhound Bus trip and arrived in Pensacola in the late summer of 1983. There he soaked in all the Bible he could, especially enjoying the teaching of Dr. Peter S. Ruckman. He graduated from PBI in 1986, and stayed around for another year. Then five weeks after marrying his wife Renée, they took off from Pensacola to arrive in Western New York, where he become Pastor of the First Bible Baptist Church in Lockport, NY. His first service as pastor was July 12, 1987, and he has been serving there as pastor since that time. His experience at three different Bible Schools, along with the Roloff ministries and helping a friend start a church, gave him a well-rounded education, both in the classroom and in the field. Even so, 30 plus years as a pastor have furthered his education even more! Some stuff, you just can't learn in a classroom.

Through the years the Lord would bless Pastor Strobel and his wife with a total of seven children. Five boys and two girls, which arrived in that order! After all of those years in the ministry, Pastor Strobel likes to quote from the song Amazing Grace which says, (slightly modified), "Through many dangers, toils, and snares we have already come, 'Tis grace hath brought us safe thus far, and grace will lead us home!"

"I was recently in a class where I was constantly being approached with the Lord Lord passage which made me question everything. I was in real despair and I lost the power of my witness because of it…"

I love this program

"I have listened to so many biblical shows, and I haven’t found any that stand on the word of God like this one does. I love this show so much. It is the highlight of my week when it comes out. Th…"

"This podcast is “top notch”! If you want to know what GOD says about any and all topics of our human existence, this is the podcast to listen to. God’s pure word is quoted continuously throughout e…"

Excellent podcast in it's own way & it ways a lot!

"These fella's are thorough & quite thought provoking. They let the Bible correct us rather than correcting the bible. How neat is THAT! I look forward to each podcast as it comes down the pike."

"Great content in this podcast. I also enjoyed the new format."