An atheist believes that there is no God. Are there any reasons that a person would not be an atheist? Isn't in believing in God just a belief system without any real solid reasoning behind it? Are you an atheist? Do you know someone who claims to be an atheist? Listen as Preacher Bruce Varner gives ten solid reasons why he is not an atheist.

Why I'm Not an Atheist

Text: James 2:19 (KJB) "Thou believest that there is one God; thou doest well: the devils also believe, and tremble."

First I want to say that believing in god is not THE ETERNAL ISSUE.

Don’t misunderstand. Believing in God is a step in the right direction. But the eternal issue is not whether you’re a Theist, Deist, Mono-Theist or Atheist (Polytheist, Pantheist, Agno-theist, Non-Theist). If a Christian Apologist proved there is a God to ten million people, it wouldn't save one of them. God didn't commission disciples to prove or argue He exists, He commanded them to preach the Gospel. You can be a MonoTheist, Deist, or Theist and still wind up in Hell. People who believe in God will wind up in Hell just like people who don’t believe in God. Believing in god is not THE ETERNAL ISSUE. The eternal issue is whether or not a person believes on the Lord Jesus Christ.

John 6:29 (KJV) Jesus answered and said unto them, this is the work of God, that ye believe on him whom he hath sent.

John 6:47 (KJV), Jesus said, Verily, verily, I say unto you, He that believeth on me hath everlasting life.

John 12:44 (KJV) Jesus cried and said, He that believeth on me, believeth not on me, but on him that sent me. (Faith in Jesus Christ, is faith in the right God.)

James 2:19 (KJV) Thou believest that there is one God; thou doest well: the devils also believe, and tremble.

The eternal issue is belief in the Lord Jesus Christ. (Paul and Silas)

Acts 16:30, 31 (KJV) And brought them out, and said, Sirs, what must I do to be saved? And they said, Believe on the Lord Jesus Christ, and thou shalt be saved, and thy house.

But he was lost; he was unsaved in the New Testament sense.
Acts 11:14 (KJV) Who shall tell thee words, whereby thou and all thy house shall be saved.

Acts 11:17 (KJV) Forasmuch then as God gave them the like gift as he did unto us, who believed on the Lord Jesus Christ; what was I, that I could withstand God?

This is why the King James Bible is a problem for professing Christians. Because the Bible doesn’t teach what their religion teaches, or the Bible doesn’t teach what they’ve been led to believe. (Other versions change, remove, or add words that alter meaning.) And this is also why the Bible-believing preacher or teacher is a problem to contemporary American society. Because many times their teaching or preaching exposes contemporary Christianity as false or as teaching falsehood. This is why Bible believing Christians should reject state religion even Christian State churches. State religion will silence opposition and criticism.

Then why in the world am I talking about my subject?

-Testimony.
1 Peter 3:15 (KJV) But sanctify the Lord God in your hearts: and be ready always to give an answer to every man that asketh you a reason of the hope that is in you with meekness and fear:

-Witness.
Acts 1:8 (KJV) But ye shall receive power, after that the Holy Ghost is come upon you: and ye shall be witnesses unto me both in Jerusalem, and in all Judaea, and in Samaria, and unto the uttermost part of the earth.

-To demonstrate thinking.
Matthew 18:12 (KJV) How think ye? if a man have an hundred sheep, and one of them be gone astray, doth he not leave the ninety and nine, and goeth into the mountains, and seeketh that which is gone astray?Matthew 21:28 (KJV) But what think ye? A certain man had two sons; and he came to the first, and said, Son, go work today in my vineyard.

-Preaching.
Acts 17:2 (KJV) And Paul, as his manner was, went in unto them, and three sabbath days reasoned with them out of the scriptures….
I’m trying to preach Jesus Christ to you. Trying to help you get to Calvary.

10 Reasons Why I Am Not an Atheist

1. I don’t have enough faith. (It takes an incredible amount of faith to believe in Atheism.)

Ephesians 2:8-9 (KJV) For by grace are ye saved through faith; and that not of yourselves: it is the gift of God: Not of works, lest any man should boast.

2. Atheism doesn’t make sense to me. It’s not reasonable.

God is reasonable. God wants to reason with people. God wants to reason with you. Does disorder produce order? If you walk into a room and find 52 numbered blocks lined up in numerical order, which is more reasonable to conclude? That the blocks were ordered this way by someone? Or that the blocks moved themselves into order? Order has intelligence behind it. Mind. Originator is a reasonable belief to me. Reason means a sufficient ground of explanation.

Hebrews 9:27 (KJV) And as it is appointed unto men once to die, but after this the judgment: If there is “no God,”

4. Atheism has no benefits, it doesn’t offer me anything.

Romans 15:13 (KJV) Now the God of hope fill you with all joy and peace in believing, that ye may abound in hope, through the power of the Holy Ghost.

5. Atheism is “unscientific.” Atheism is another belief, it trades one belief for another. It is a belief, it is not demonstrable.

Four possible causes or explanations of the universe or existence.

1 Timothy 6:20 (KJV) O Timothy, keep that which is committed to thy trust, avoiding profane and vain babblings, and oppositions of science falsely so called:

Atheists insist faith in God is a crutch. Everything is a crutch. It all depends on what we need relief from. I don’t need relief from God, Heaven, Hell, Judgment, Sin, and Death. I’m not trying to escape from reality—the reality of these things. An Atheist is motivated.

Romans 1:28 (KJV) And even as they did not like to retain God in their knowledge, God gave them over to a reprobate mind, to do those things which are not convenient.

Atheism assures its faithful that there is No God. No Bible (revelation). No Sin. No Judgment. No guilt. No punishment. No Hell. This is a comfort and “crutch” to an impenitent sinner. You must admit this is a convenient philosophy. It is by design. The belief is intentional.

Atheism claims as true something that although possible is highly improbable.

Spontaneous development of birds, fish, insects, and animals might have happened, but what is the likelihood or probability? Atheism doesn’t approach this question…Atheism postulates (claims as true) that it happened. Period.

To claim something is true that is only a possibility (and one that carries a high degree of improbability at that) is misrepresentation. To confirm as true something that is false, is deception or lying. This is dishonest. (Unless you identify that you have faith in whatever.)

If something is highly improbable but relied upon as true or presented as true (and/or probable) to others, is foolish. It’s like betting against the odds.

8. Atheism Presumes the impossible. (Supposes to be true.)

According to modern dictums or “laws of science,":

ATHEISM SUPPOSES TO BE TRUE, that life spontaneously arose from matter. So, I say, it makes more sense, to me, to believe that for life to originate it required intervention, i.e. God.

Where does life come from? Genesis 1:20 (KJV) And God said, Let the waters bring forth abundantly the moving creature that hath life, and fowl that may fly above the earth in the open firmament of heaven.

The Atheist believes (supposes) that life spontaneously generated out of inanimate matter.

Atheism is simply trading one God for another. It is simply saying that God didn’t create, Nature did. This idea falls back on the question, Do I believe that Rocks have brains? That trees, can think? Doesn’t make sense to me. I don’t have enough faith.

Atheism steals the hope of Heaven, forgiveness, relief from sorrow, purpose for suffering, eternal life and the new heavens and earth. Atheism reduces life to purposelessness and ultimately suffering. No thanks. I’ll take Jesus. Repent and believe the gospel. Here’s how- http://www.bbfchurch.net/free-gift-17 Man wants to know that someday the suffering, death, sin, rebellion, war, deception is going to end, and things will be made right. Jesus Christ and faith in Jesus Christ will do this.

1. I don’t have enough faith. (It takes an incredible amount of faith to believe in Atheism.)

2. Atheism doesn’t make sense to me. It’s not reasonable.

4. Atheism has no benefits. doesn’t offer me anything.

5. Atheism is “unscientific.” – It’s just another belief. Atheism trades one belief for another.

8. Atheism Presumes the impossible. ATHEISM SUPPOSES TO BE TRUE, that life spontaneously arose from matter.

Conclusion: What should you do?

Repent of intellectual pride, human wisdom, false beliefs and believe what the Bible says about sin, sinners, and salvation. Repent of Atheism and believe on the Lord Jesus Christ.

Psalm 14:1 (KJV) The fool hath said in his heart, There is no God. They are corrupt, they have done abominable works, there is none that doeth good.

James 2:19 (KJV) Thou believest that there is one God; thou doest well: the devils also believe, and tremble.

1 Thessalonians 4:5 (KJV) Not in the lust of concupiscence, even as the Gentiles which know not God:

Romans 1:28 (KJV) And even as they did not like to retain God in their knowledge, God gave them over to a reprobate mind, to do those things which are not convenient;

Acts 17:23 (KJV) For as I passed by, and beheld your devotions, I found an altar with this inscription, TO THE UNKNOWN GOD. Whom therefore ye ignorantly worship, him declare I unto you. 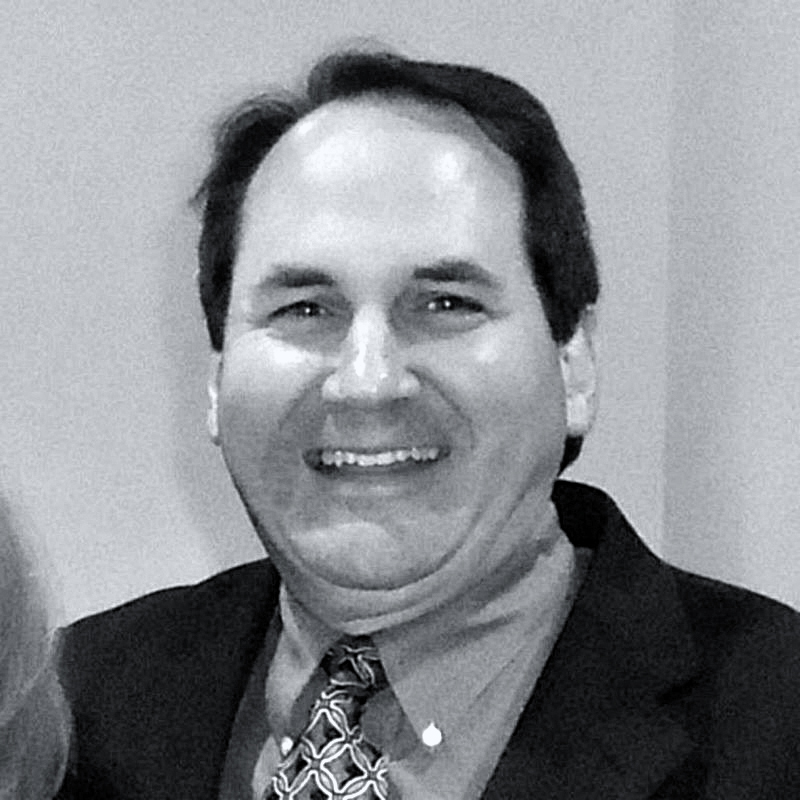 Pastor Bruce Varner is a Bible-believing pastor who loves the Lord and aspires to be faithful to God’s word (AV 1611). He has pastored for 28 years in Upstate New York. He is currently between ministries and he and his family are living in Spruce Pine, North Carolina. He was saved when he was 18 under the direct ministry of Pastors James Modlish, Charles Perkins, and Peter Ruckman Sr.  While open air preaching at East High Stadium on December 24, 1979, he sensed God’s calling to learn the Bible. He attended Bible classes and was trained for the ministry in and through the local church ministry of the Bible Baptist Church in Pensacola, Florida. His training Pastors were Peter S. Ruckman and James McGaughey. He graduated from the Pensacola Bible Institute in 1983. Pastor Varner and Samantha Thomas married in 1992. He and his wife have one son, Nicolas Evan Varner. Pastor Varner is available for meetings In North Carolina, South Carolina, Tennessee, Georgia, and Virginia.

Pastor Varner is available to you, should you need spiritual help. Email: pastorv@lightlink.com Cell: 607-216-2586

Be the first to know about special happenings at That's In The Bible?

Email has been submitted.